Romanian film is being sponsored by Romanian American Society as part of Portland International Film Festival. This year, the premiered film will be AFERIM! First showing at the festival will be 8PM Saturday February 13th at the Whitsell Auditorium (Portland Art Museum). The movie will be preceded by a reception at the Portland Art Museum starting 6PM - benefactor of reception is the Romanian American Society project and fund dedicated to establishing a permanent Romanian House/Cultural center presence in Oregon.

About the film: AFERIM!

2015 Romanian drama film directed by Radu Jude. It was screened in the main competition section of the 65th Berlin International Film Festival where Radu Jude won the Silver Bear for Best Director. It was selected as the Romanian entry for the Best Foreign Language Film at the 88th Academy Awards.

Plot: Eastern Europe, 1835. Two riders cross a barren landscape in the middle of Wallachia. They are the gendarme Costandin and his son. Together they are searching for a gypsy slave who has run away from his nobleman master and is suspected of having an affair with the noble’s wife. While the unflappable Costandin comments on every situation with a cheery aphorism, his son takes a more contemplative view of the world. On their odyssey they encounter people of different nationalities and beliefs: Turks and Russians, Christians and Jews, Romanians and Hungarians. Each harbors prejudices against the others which have been passed down from generation to generation. And even when the slave Carfin is found, the adventure is far from over.

About PIFF, schedules, locations and tickets: 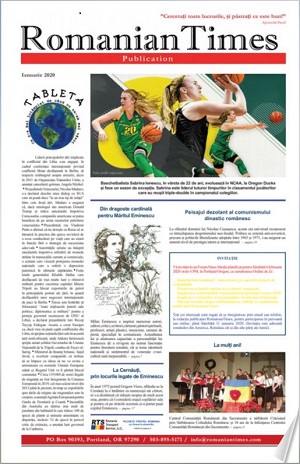