Life is a Peach - Dare Take a Bite!

In the Apology, Plato re-enacts almost precisely Socrates’s own defense at his trial.  It is good to note that Plato never actually gives his own personal opinion or comments on the events taking place at hand.

The reason for Socrates’s being put on trial being accusations that he has corrupted the youth of Athens, did not believe in the gods, and also created new deities.  In his defense, Socrates explains that his actions stem from a prophecy by the oracle at Delphi, which told him he is the wisest of all men.  Taking that into account, Socrates realizes that the oracle must be right about him being the wisest of all men for he knows he knows nothing.  Accepting his own ignorance, Socrates sees it as his own duty to question other men who claim to be wise so that he may expose their lack of wisdom and their true ignorance.  Because of his frequent cross-examinations of other people, Socrates made many friends and gained great respect (particularly among the youth of Athens), but also gained many enemies- mainly the people he embarrassed.  Socrates states that this is the true reason he is on trial, the hatred of the many people he embarrassed.

Humble Socrates however was found guilty and could have chosen an alternative punishment rather than the proposed death sentence.  Instead of choosing life in prison or exile, neither one being a promising alternative, Socrates humorously stated that the Athenian state should actually prepare him a great feast for the service he’s been doing them.  However, when Socrates proposes a small fine to pay in lieu of the death sentence, the Athenian state rejects it and sentences him to death, which Socrates graciously accepts.  Socrates claims that he doesn’t fear death, for it is unknown what happens after death, and to fear the unknown is a foolish thing to do.  Socrates also notifies the jurymen who voted against him that they did more wrong to themselves rather than to him by sentencing him to death.

In the Apology, Socrates states in his own defense that “The unexamined life is not worth living.”  Some may agree with this statement and some may not, I however have to dissect Socrates’s statement and see whether I can shed some light of my own on it.  The way Socrates lived his life is by constantly questioning, or examining, it.  He would always think outside the box, look above and beyond himself, and not take any statement for granted.  Socrates’ approach to life was the constant desire to look above and beyond himself, always reaching for something greater, higher, something more pure.  According to Socrates, there was no point in living life if one didn’t examine it.  In all honesty though, he is right, for otherwise the unexamined life is just another set of steps one goes through until he/she dies.

Take for example the quote: “Live life to the fullest.”  It’s not exactly what Socrates had in mind, but in a way both this quote and what Socrates had to say about the unexamined life are related.  When you live life to the fullest, you don’t just let life happen, you explore all its possibilities and make it all it can be, a great and exciting journey that leads up to an “unknown” destination- death.  When Socrates said “the unexamined life is not worth living,” he meant that people are for the most part just wasting their breath on this earth unless they explore all the possibilities their own life can possibly offer.

Socrates, I believe, was content for the most part in the person he was.  He had no regrets in life, and was confident with himself.  I don’t know of many people who would turn down a longer chance at living, and instead be condemned to die for reasons that were put in motion just to wipe someone- someone great- out of existence for the pure fact that he stood up to others and questioned the world around him.  Socrates knew that if he were to live longer, he would have to renounce the thing he loved most in this world- examining life.  A man like Socrates could not do that.  Few men are like him, few fellow men actually choose to examine the life they live.  If they did, they would be in a higher state of gratification.  When I look around me, all I see is depressed people, always something bad going on in their life, always a problem that seems to have no solution, basically the works.  Socrates, poor as he was, didn’t want more riches for he didn’t see material wealth as something that brings happiness.  Excellence brings happiness.  For Socrates, living a life of excellence was doing what he did best which made him happy: questioning life.  If we all would follow that example and stopped looking for “stuff” but instead actually question and examine our life; our past, present, and take the reins of our future and plan out who we wish to become and what impact we want to leave after we die, then we would be in a serene state of happiness like Socrates.

These same people who question and examine their life, and look at the person they were in their own past to learn from their mistakes and better themselves; these same people whose soul improves with time, experience, and learning; these same people who think about a brighter and happier future; are people who are purer in body and soul than others, for their contentment in knowing who they are and who they wish to be gives them a sense of self that may only be reached by the examination of life. 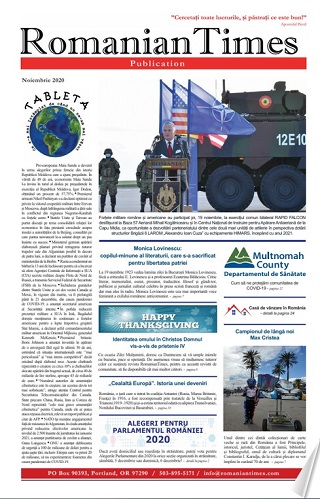