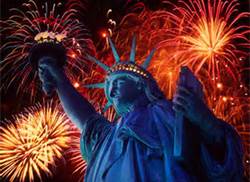 The USA has overcome a lot of obstacles in order to establish democracy in the complicated corner of national governments since its very beginning. This year, the biggest and most acclaimed nation that started out with only thirteen small colonies and a handful of immigrants celebrated its two hundred and thirty-seventh birthday with pride and glee through a holiday called 4th of July (or more professionally Independence Day).

By the time the Declaration of Independence was adopted in July 1776, the Thirteen Colonies and Great Britain had been at war for more than a year (1). Because of the high taxes issued to the colonies by the then greatly powerful Britain and conflicts that arose between the Founding Fathers and King George III, the infant nation America decided to declare independence from Great Britain’s stronghold over them. The independence idea was introduced to the congress by mastermind Richard Henry Lee (3). What would be known as the Declaration of Independence was voted on unanimously on July 2, 1776 by a closed session meeting with congress (2). After much debate, the written and revised Declaration was finished on July 4th that same year but was still kept under wraps (2). On July 8th, 1776, it was sent to the presses to be copied and distributed to the colonies (2). It was even read to the public. Finally, on August 2nd, the Declaration received a total of fifty-six signatures; ironically, eight of those signatures were from politicians born in Britain (3). Through much argument, debates, and even a hard-fought and long Revolutionary War (years 1775-1783) against Great Britain, America received their independence and proper title of a “sovereign nation” on September 3, 1783 (6).

America was quick to celebrate. Through grandeur shows of lights, gunpowder and festival games, the people celebrated their independence (or the spectacle of it). In fact, the very first Independence Day was celebrated on July 8th, 1776 in Philadelphia, the same day the Declaration was made public (5).

John Adams, credited by Thomas Jefferson as the unofficial, tireless whip of the independence-minded, wrote his wife Abigail on July 3:

“The second day of July, 1776, will be the most memorable epoch in the history of America. I am apt to believe that it will be celebrated by succeeding generations as the great anniversary festival. It ought to be commemorated as the day of deliverance, by solemn acts of devotion to God Almighty. It ought to be solemnized with pomp and parade, with shows, games, sports, guns, bells, bonfires, and illuminations, from one end of this continent to the other, from this time forward forever more,” (2). Although he was off a few days, he was not off with the belief of such a historical and amazing celebration taking place long after he was gone.

The holiday generally consists of patriotic carnivals/festivals with fireworks or bonfires, grill outs, and family reunions (4). For the very proud, markets supply streamers, balloons, and confetti in red, white and blue to deck their homes with. Mini USA flags are usually handed out before community firework displays all across the country. For the enthusiasts, country themed clothes are even sold during the occasion. Many patriotic songs such as “God Bless America” and “This Land is Your Land” are commonly sung and/or played during the festivals and over radio waves. But without a doubt, fireworks and hot dogs are the signatures of Independence Day. They serve as loose reminders of the freedom our ancestors earned through years of toil. In fact America remembers its history so well that fireworks and gunpowder have been associated with 4th of July since 1777 (4).

On a much less professional note, yearly hot dog eating contests are held at the carnivals for those willing to enjoy the fiesta. The current record is sixty-eight hot dogs with buns eaten in ten minutes (1)! On a professional note, fifty gunshots are fired for the fifty states at noon on July 4th as a salute to the union on military bases (1). Military soldiers, fallen or not, are often honored and remembered on this day as well and congratulated through solutes and heart-felt encouragements.

Whatever the case, Independence Day is a day for all Americans to celebrate with enthusiasm and gratitude. Although our nation does have its flaws and shortcomings, our freedom is certainly reason enough to celebrate this wonderful country that formed after years of striving. Better yet, we are a nation that should be very proud of our daring and bold forefathers.

(1):History of the 4th of July: Crash Course US History Special – crashcourse

(2):Why the Fourth of July Date was Chosen? -www.celebrating-fourthjuly.com/history/fourth-july.shtml

(3):9 Things You May Not Know About the Declaration of Independence - History in the Headlines 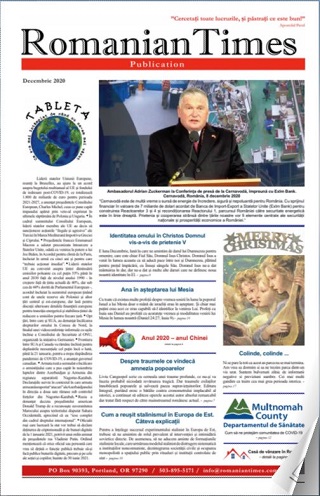