On July 12, 2007, the 85-year-old Nicolae Moldoveanu, prolific hymn writer, died in Sibiu, Romania. For more than 62 years, God enhanced our faith through his music, lyric and especially his uncompromised Christian testimony during Romania’s dark communist era of forty-five years. It was a great joy for the Romanian evangelical community living in the America to find out that the work and the life of this saint was presented on July 18 of this year at the 2016 conference of the Hymn Society of USA and Canada, at the University of Redlands, California.

Named “the Bach of Romania” (1), Moldoveanu could more readily be identified with hymnists Charles Wesley (1707-1788) or Fanny Crosby (1820-1915) (2). This prolific hymn writer wrote more than 6,000 songs, with 361 of them written while being persecuted for the faith in prison. Although while he was alive he rarely ventured out of his city, or even his personal residence for that matter, he was so present in the lives of at least one million Romanians that, “we could not believe he could ever die”, said M. Cruceru, VP of Emanuel University, Oradea.(3)

Born on February 3, 1922 to a very poor family, this extraordinary man lost his father by the age of three and a half and his only opportunity for education involved enlisting in the military program called the “Army’s Children” at the age of twelve. These destitute children lived in garrisons with soldiers, but due to his love for music, Moldveanu was enrolled in the military’s brass ensemble. There, a conductor recognized his talents and helped him develop his musical ability. Later, he would write, “I am now seeing God’s hand in everything that has happened in my life, good or bad”.

When he would come home for short vacations, Moldoveanu would accompany his mother to a newly-founded church belonging to “The Lord’s Army”, a reforming arm of the Greco-Orthodox Church that emphasized the need for repentance and of being born-again. Shortly, Moldoveanu met his Savior and also fell in love with the Lord’s Army’s musical tradition, putting its words and music to paper and publishing them, as well as his own original music, in “Village’s Light”. Music also likely saved his life during WWII, as his ensemble was stationed far from the war-ravaged front lines. Still young, Moldoveanu wrote very mature music and spiritually-deep lyrics during this time of conflict. In order to buy his first Bible, he sold half of his bread ration and his entire milk ration for an entire month; he would eventually keep this very same Bible until his death. During this and the short post-war period of freedom, before the communist regime’s ascent to power, Moldoveanu was able to publish hundreds of songs. (4)

In 1948, the Communists declared the Lord’s Army illegal and threw its leaders in prison. Nicolae continued to worship in secret and in 1959, after refusing to stop attending Christian gatherings and writing songs, he was arrested and sentenced to 12 years in prison for “conspiring to overthrow the communist regime”, in spite of his right hand’s infirmity due to an accident. Still, he praised the Lord and in return God “gave” him the optimistic song: Clear Skies. On the day of his arrest, Moldoveanu was able to whisper to his wife. “Lena, look at the skies”. It was “the only thing we could share while separated”, he later said. The comment was to prove prophetic as after months spent in an underground section of the prison, Moldoveanu was finally allowed above ground. The new cell he had been moved to had a broken window, and although it was a bitterly-cold day, at least he could share the same sky as his wife.

In prison, he met Traian Dorz, a prolific Christian poet from Lord’s Army, and many well-known Christian brothers, including Tortured for Christ’s author and The Voice of the Martyr’s founder Richard Wurmbrand. Moldoveanu and Wurmbrand praised each other for their testimonies during persecution. Both considered it an honor and a grace to suffer for the Lord. “Moldoveanu was one of the two greatest saints I have met in my 15 years of prison”, Wurmbrand said in a sermon. “He came smiling from the torture room. His approach was that of a lamb. While I was protesting against the guards’ abuses against others or me, he never protested” continued R.W. (5)

Amnestied five years later, though still under the secret police’s surveillance, he continued to meet with his small church house whenever possible. Warrant-less home searches, abuses and threats continued for decades, but he always thanked the Lord for them, and also prayed for persecutors. In a time when the communist regime kept a tight grip on any publication, even owing a typewriter could put you in prison for a couple of years. However, the spread of his songs could not be stopped. Memorized, copied by hand, and later recorded, Moldoveanu’s songs were used by the Lord to nurture our faith for more than six decades. Because of the surveillance, poverty, and poor health, he could not work or travel too far. But he was visited daily by Christians from all of Romania who were welcome in the small apartment he was renting. And a visit to him was quite an experience! In a country of religious divisions, Moldoveanu mended all fences and never asked visitors for anything other than their first names. He was even aware that some “Christians” might be police agents, but “they needed to hear the good news too”!

There was one exception to his presence though: after waking up, for at least two hours, he used to sing songs of praise to the Lord, alone and without any audience. Most of the songs he would write were granted to him during this intimate time. After that, he shared freely with anybody what God “gave” him, whether a song or a meditation. Even in more recent years, when recording artists sold CDs or DVDs with recordings and performances that included his songs, he never asked for copyright royalties. On the contrary, he encouraged musicians to arrange his songs for choirs or orchestras as he always looked upon his hymns as “God’s copyright”.

At times, his lyrics move one to feel spiritual immaturity; “This is a curse”, said Jan Staneschi, former Bucharest Baptist Seminary Principal, when he heard the song Break my Will, Even with Heavy Blows. “It is not a curse”, Moldoveanu would reply. “It is my commitment to God’s will, as was the Virgin Mary’s”, recounted him, at a ’99 symposium, as saying and adding: “and His will is good and perfect” (Rom. 12:2). (6)

It has been God’s infinite wisdom to choose a hymn writer and not a preacher to enhance our faith. In a country where translated Evangelicals’ music was considered a means to westernize Romanians, Moldoveanu’s folk style met no resistance. Although many of his songs are more sophisticated and require elevated vocal capability, most of Moldoveanu’s songs came naturally for Christians, whether alone or in church, and they went directly to our souls. It is my prayer that these humble words would bring some well-deserved recognition to this miracle of God, Nicolae Moldoveanu. “May the Lord be praised”, was the Lord’s Army’s old greeting. And the answer was, “For Ever and Ever, Amen”. 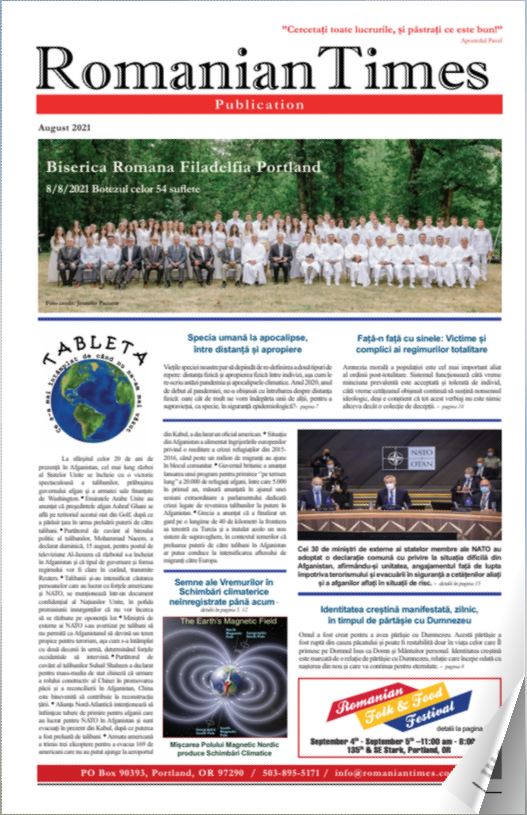